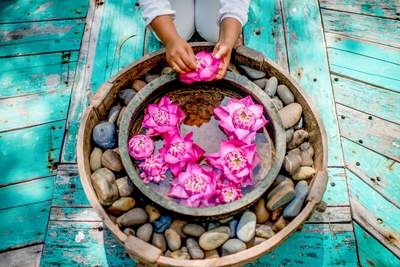 Flower essences are extremely useful tools for imitating change and are a positive support in the quest to find new ways of handling stress, particularly stress that creates physical results such as hormonal imbalances

The concept of flower remedies as potent but gentle healers is not new, the knowledge that the flowers of plants hold potent energetic healing qualities is something that the ancient peoples were acutely aware of and utilised to the full in their unique system of medicine. In contrast to essential oils, flower essences are an infusion of the energetic imprint of the flowering part of the plant, what's known as its unique signature, basically its quality of vibrational healing potential that is suspended in a water and alcohol solution. The art of encapsulating flowers potent healing qualities in water is an ancient practise discovered by indigenous people throughout the world when they noticed that the morning dew on flower petals which had been potentized by the first rays of the sun not only lifted their spirits but also had a profound healing effect on all levels, which made them continue to explore these effects to a greater depth. When you consider that a plants way of guaranteed continued growth and survival is to attract to itself the insect life needed for pollinating and seeding elsewhere, then the highest concentration of the plants vitality would need to be focused in the blossoms in the form of the vibrant display of bright and colourful petals and sweet aromas.

Flower essence as a healing therapy is also not new, both medically and historically many ancient cultures possessed the knowledge of the therapeutic healing qualities of flowers. Documented evidence of their effective use was discovered dating back to the time of the Egyptian civilisation, some 7520 years ago. It was said that the high priests honoured flowers and their essences for their sacredness and used them extensively in their healing ceremonies and rituals, as they believed that the flowers positive life enhancing energy corrects and fine tunes any imbalance in the body at what ever levels it needed, be it physical, emotional or physiological or even spiritual. They documented each plant species specific therapeutic values. South American, Far Eastern and African civilisations are some of the cultures that also recognised and used essences of flowers to treat their emotional states. In Crete, the Minoans in their spiritual ceremonies floated specially chosen flowers in water during their ceremonial rites, sipping the flower water to cleanse themselves of the negative thoughts and feelings, moving them throughout their systems so they are left refreshed, renewed and transformed. 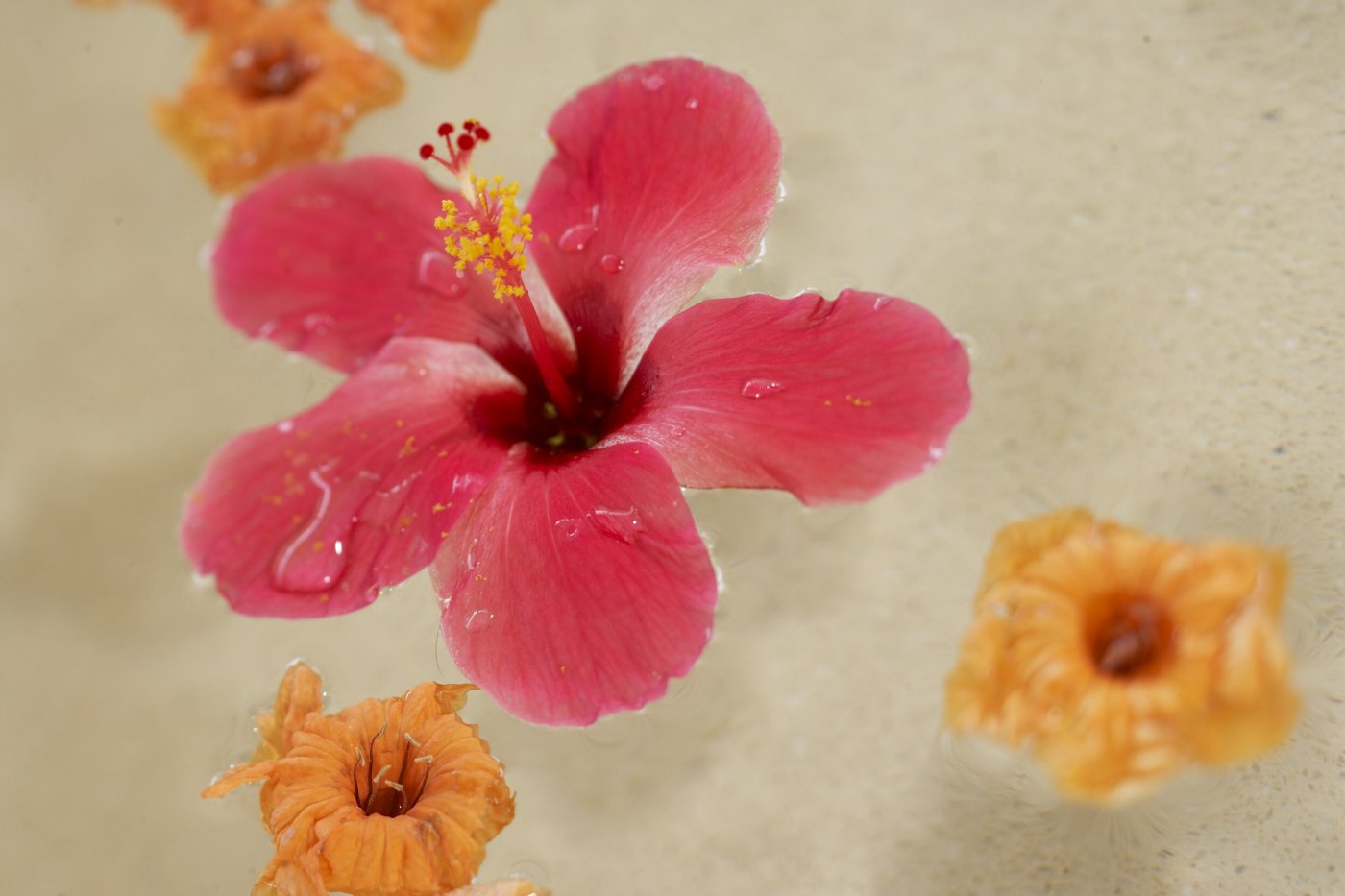 The Aboriginals of Australia were among the first people to lay claim to this unique system of natural medicine keeping safe the knowledge of the healing power of flowers. In their ancient Aboriginal legends of the birth of the world they believed their ancestors sung the world alive, and by using sacred words, were able to sing the flowers and trees into being. The world was enfolded in a web of song that needed to be continually recreated by the elders walking the song lines to keep creation alive. The Aboriginals considered themselves custodians of the most spectacular and abundant variety of constantly blooming wildflowers that survived despite the challenging environment. Australia is now a land that has an amazing variety of flora, with the greatest number of ancient flowering species of plant in the world. In order to gain the healing qualities of the flowers essences as well as its nutritive benefits these peoples ate the whole flowers that were drenched in morning dew. If the flowers weren't edible they were able to absorb their healing vibrations by sitting quietly amongst them. Dr Edward Bach, the Harley Street Physician in the 1920’s reminded us of this healing art by reviving it following his own dissatisfaction with the modern medicine of his time, which treated symptoms and not the cause. He rediscovered flower remedies through searching for a simple system of medicine that treated the underlying root of illness coupled with insight and observation gained through his clinical consultancy. He came to the conclusion that stress and shock, at whatever level was the causative factor. Bach developed a repertoire of 38 remedies which are now widely used as a complete system that are specifically designed to address different responses to stressful events.

Since Bach's rediscovery, in the last 25 years the Flower Essences field has developed profoundly and the scope and availability of essences for a wide range of health issues has gone from strength to strength. A quiet revolution has occurred with many highly tuned people responding to the need in this increasingly stressful life that we all lead and investigating the healing qualities of other flowers especially those indigenous to their country. There are now pioneers of this century who have researched and documented many essences to date for therapeutic use. As the ongoing research continues there are over 3000 remedies available ranging from those that address the immune system, remedies designed especially for women i.e. Flowers of the Orient, to an innovative approach of essences being incorporated into skincare products to reduce stress as in the Spirit of Beauty range. In Australia the aboriginal tradition has been continued with a couple of interesting ranges emerging, notably Flower Essences of Australia range, which closely respect the aboriginal art of drawing upon the vitality and potency of flowers growing in the wilderness of the Australian outback, which is host to some of the oldest and most spectacular wildflowers that bloom prolifically throughout the year.

Organically and conscientiously sourced from the pristine and remote wilderness of the Australian bush, ECHO CERT alcohol direct from an organic source, and is a range which focuses on the mind and emotional interconnection and how this can result in physical ill health. Keeping our hormones stable is key to maintaining a womans sense of equilibrium, whether it's the start of menstruation, pregnancy or menopause. There has been a significant rise in hormonal problems, from irregular to absent periods, severe period pains, PMT (and the emotions that accompany this) to lack of fertility & menopausal problems. We can possibly attribute this to the rise in the levels of toxicity being ingested, use of the pill and other forms of medication, and the polluted air that we breath. Such an increase means that our liver is having increasingly great difficulty coping with cleaning the blood, and the hormones have a problem maintaining their balance. 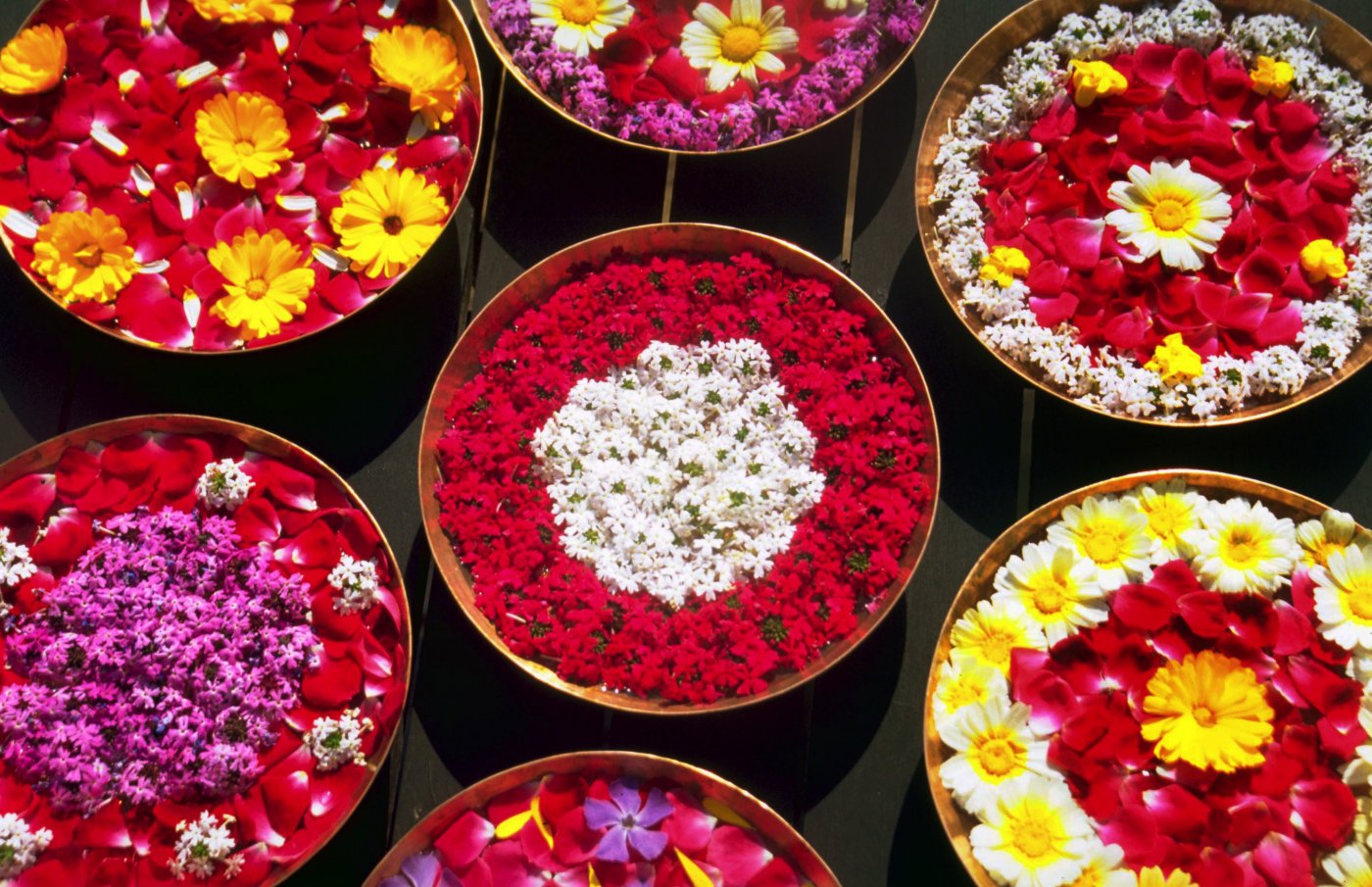 In the aboriginal community, traditionally the women have been balancing their hormones for thousands of years by using the flower essence from the blossoms of the She Oak tree. The plants large seeds even resemble an ovary which gives a clue to its medicinal use. It is a tissue rehydrator, and is said to rehydrate the ovaries which simultaneously harmonising the hormonal levels She Oak flower essence has been suggested to benefit 25% of infertility cases that are due to unknown causes and it's recommended to take it on and off for a 6 month period to aid fertility. She Oak is one of the major components of the Woman Balance combination from the Flower Essence of Australia which is designed to harmonise all hormonal imbalances aids and help you feel in balance with menstrual cramps, bloating PMT, mood swings, irregular menstruation, weight gain etc. Menopause is another stage in a woman's life that can cause distress, despite popular belief it need not be a problem, in Asian cultures women sail through it, in fact it’s hardly acknowledged, whereas in the West there is so much negativity attached to it. With monthly periods being referred to as the "curse" it’s not surprising we produce not only emotional but physical responses such as night sweats, hot flushes, and emotional fears like losing your libido, looks, not to mention weight gain, and water retention. With the mind body connection being so immediate in terms of our reproductive area, this negative stress can again really upset our hormones!

As with all stages of becoming a woman, it’s important to embrace them positively and gracefully. You can be wonderful, sexy, and sassy at 50 and not even notice any change except perhaps feeling more fully who you are as a woman! I have found great success in my Harley street practice in many cases with the Woman Balance combination as it also encourages a woman’s own innate strength and beauty through life’s physical and emotional changes. It enables her to remain calm and stable, and to discover and feel good about herself and her body whilst coping with change. It harmonises any physical imbalances and emotionally prepares her for all stages of a woman’s life from the start right though to menopause. It has also proved beneficial for the general discomfort of menopausal symptoms, such as tiredness, muzzy headedness, weight gain and has also been very effective in alleviating the hot flushes of menopause. In severe difficulties with the onset of hot flushes and night sweats, adding Mulla Mulla Essence just before bed aids in reduction of the body’s tendency to overheat during the night. The Woman Combination Essence has proved to be so successful that hospitals in Switzerland and South America are using it as an alternative to HRT with great results, with its obvious advantage that there is no chance of an increased risk of breast and cervical cancer. Detox bends is also useful as it cleanses the blood and aids with feeling heavy, toxic, and sluggish in the organs of elimination.

A useful pack is the Woman Balance kit, which when taken as a course is designed to aid the menopausal process and has been proved to work well. A friend Dr Maria Trevela who has worked in the gynaecological field for many years, has discovered the wonders of Flower Remedies and is pioneering excellent work using flower remedies for fertility as well as menopausal symptoms at her clinic in Athena, with real success. With premature menopause or cycle irregularity, her results find a real connection between the negative feelings we experience and the stress this causes which has a direct effect on our brain chemistry and the pituitary gland. She has found that in this state it secretes high levels of FSH and LH that can cause menstrual irregularities and early menopause, as well as amenorrhoea! Her clinical studies have found these situations can be reversed within a month. Dr Trevela uses Australian essences Yellow Cowslip Orchid, and Bush Fuchsia, to balance the rt/Lt brain and reset the hypothalamus, especially when it is combined with the She Oak it has a natural balancing effect on the ovaries and the hormonal system. She uses Bush Iris to balance the pineal gland and Crowea to reduce mental stress, with Five Corners to help us feel good about ourselves again. So flower essences can go a long way to seeing a woman through the various stages of her reproductive life without having necessarily resort to HRT or suffer PMT, and other related problems. 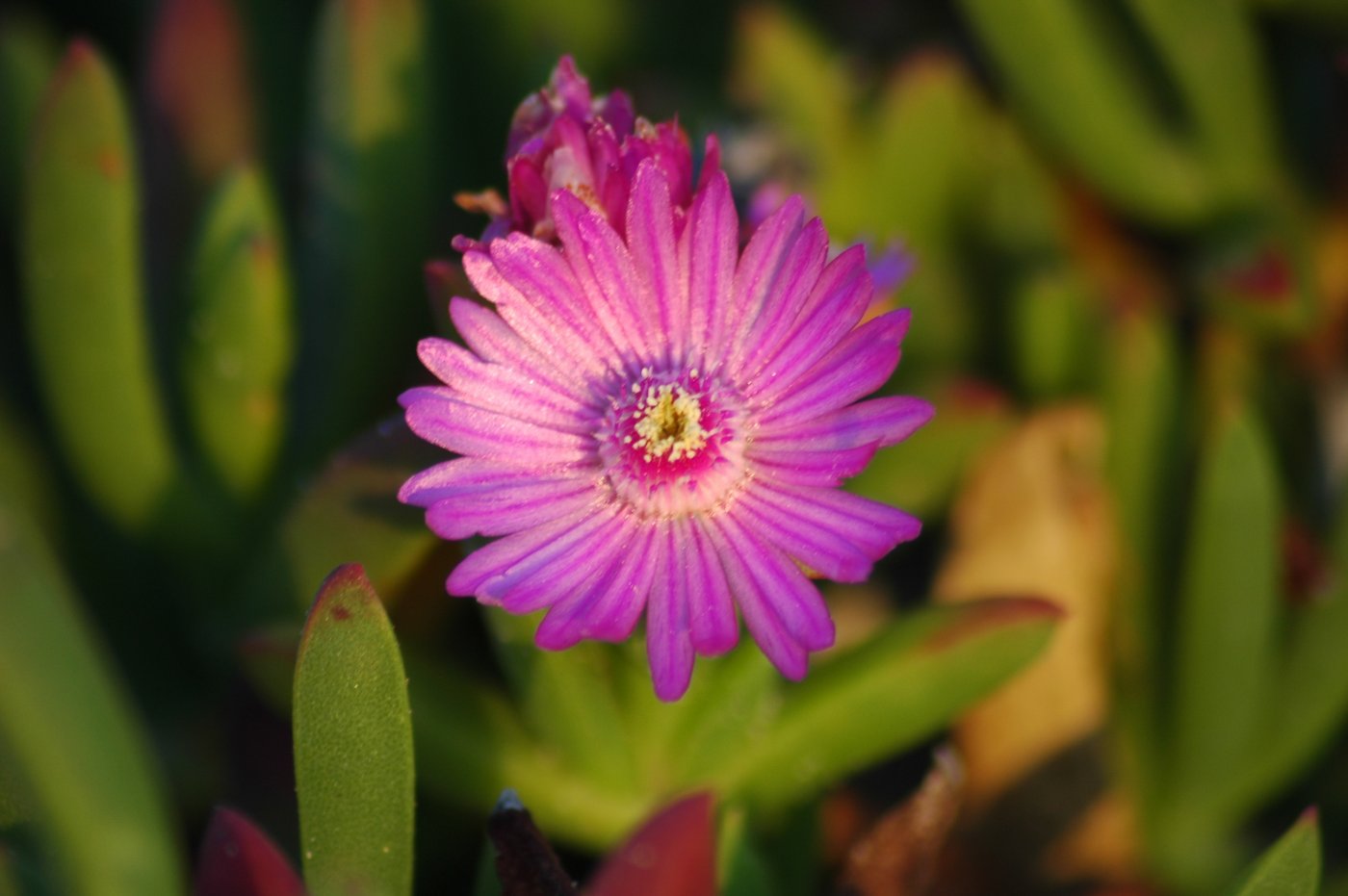 This is a guest blog post by Clare G Harvey, author of The Practitioners Encyclopaedia of Flower Remedies 2014 Consultations: Harley St.

Healing Holidays also offer retreats specifically to help you to go through menopause, to find out more contact one of our healing experts on 020 7843 3597 or enquire here.

Back
Subscribe to our newsletter
Meet the Wellness Experts
Blog Categories
Need help to book? +-

Email us an enquiry

Leave your name and number and we'll call you back as soon as possible.

To celebrate the launch of the, Conde Nast 2020 Spa Guide